After 7 years of developing and playing our own brand of folk music all around this beautiful country it feels like time to make our 3rd studio album which we're calling 'Many a Thousand'. We've been busy writing, collecting, arranging and recording for a while now and recently enlisted the help of some of our favourite musicians to play on the album. This has worked so well that we're hoping to have them with us for some of the album launch tour in September.

Our last album 'Night Hours' received great reviews and we've had a wonderful time touring that material around the country and talking to people about the issues tackled within the songs (not least soil erosion!). That album hinted at a more contemporary sound for us and we hope to push this element further with the new album while still tipping our hats to, and showing our respect for, the time honoured traditional material that we love so dearly.

So now we must ask for your help.

We are self releasing this album which means that we are having to pay all the recording/production/administration costs upfront from our own pockets. And none of it comes cheap if you want to do it well! Our hope is that we can recoup some of this money through pre-orders of the album and other fantastic rewards. This will mean we can eat something other than baked beans over the next year and it will also enable us to invest in the promotion of the album at release point.

You can simply pre-order the album which you will receive weeks before it's official release date, or choose from any of the pledge options on our indiegogo campaign page. We hope that there's something for everyone including our back catalogue at reduced prices, album art prints of a new woodcut piece made specifically for the album by the great Rosanna Morris and the beautiful 'Night Hours' cover by Meg Buick as well as house concerts and signed wotsits and all sorts.

We really hope you'll be able to help and that something from the pledge list appeals to you. If you can share this page with your friends that may be interested that would help hugely.

And in other news... We will launch the new album with a major UK tour in the autumn (see below). All info and tickets available through our website.

Thanks so much for your support as always. J + S 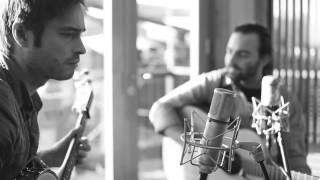